A relationship-based law firm built on over 65 years of Hannig-family legal tradition in the bay area. 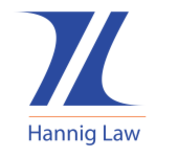 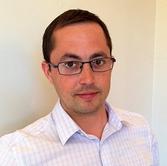 Trevor is originally from Philadelphia, PA, but moved to the Bay Area to attend law school. He graduated from the University of San Francisco School of Law, focusing his studies on civil litigation and contracts.

Trevor was Co-President of the International Law Society, served on the International Programs Committee for the Student Bar Association, and was on the board for the Global Justice Advocacy Program (GJAP) during law school.

Trevor gained valuable legal experience through a variety of legal positions during law school, including, at a large corporate M&A law firm in Bangalore, India; at a law firm protecting the interests of San Bruno residents impacted by the 2010 San Bruno PG&E pipeline explosion; and at a premier Bay Area personal injury law firm where he worked on a variety of high profile class action and personal injury cases.

Subsequent to graduating law school, he practiced antitrust litigation with a leading plaintiffs class action firm and was a Volunteer Research Attorney at the San Mateo Superior Court in Redwood City, California prior to joining Hannig Law LLP.

Trevor has many interests and hobbies when he is not practicing law. He is an avid world traveler, lifts weights, snowboards, skis, hikes, reads, cooks, and enjoys watching movies from all over the world.

In addition, he volunteers time with local Bar Associations to provide services to those in need in the Bay Area. 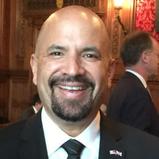 ...Our attorneys have experience in the courtroom and the boardroom which enables us to provide cost effective legal services...

Ted J. Hannig, founding Partner of Hannig Law, received both his JD and MBA degrees from Santa Clara University, where he was Research Editor for the Law Review, founded the Computer and High Technology Law Conference and served in the Research Attorney's office for the San Mateo County Superior Court. He also studied international business law at the University of Tokyo while working for a Japanese law firm.

Ted strives to provide his clients with a unique blend of knowledge and experience in real estate, business, and high technology law. He is one of the few attorneys who have earned respect and the highest ratings as both a trial attorney and transactional attorney.

Ted's business creativity and acumen is based upon more than an undergraduate degree and Masters in Business Administration. While in law school, he worked for a venture capital firm, where he conducted start-up business research and investment review for the former Chairman of Dow Chemical.

Ted currently serves as lead outside counsel and manages both transactional and litigation matters for companies ranging from start-ups to well-established international firms. In 2016 he handled over $100 million in real estate transactions and successfully litigated over $3.5 million for clients. In April of 2016, he appeared before the full US Supreme Court, who admitted him into practice before their Bar.

For over 20 years he has been awarded Martindale-Hubbell's "A.V." rating - its highest rating for legal skills and ethics. He is the recipient of several community awards for his numerous efforts on behalf of local non-profit organizations, including "Community Star" awards from Gentry Magazine, the United States Congress, the California State Legislature, the County of San Mateo, and the City of Redwood City. He was honored on September 22, 2011 by the Peninsula Conflict Resolution Center for his work to prevent and eliminate bullying. He has also served as an arbitrator for the local courts. Prior to starting Hannig Law, Ted was the youngest senior partner at Ropers, Majeski, Kohn, Bentley, Wagner & Kane, and as a shareholder, opened the Silicon Valley office for Miller, Starr & Regalia. Ted was recently featured as one of ‘San Francisco’s Top Rated Lawyers."

Sat-Sun: by appointment only

Conveniently located next to US 101